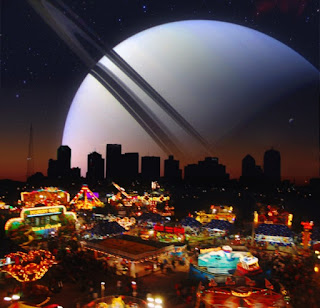 I am excited to host the Space Carnival this week! The space carnival is a super cool compilation of folks who blog about space related elements and each week, they take turns hosting the Carnival to highlight various space related articles and writings! I learned about the Carnival when I met Brian Wang, a futurist and blogger of Next Big Future, which covers disruptive science and technology and a great many other fun topics.
I am also excited to share that NASA intern Jonathan Kaldani has the honor of being the first Guest Blogger for Stylish STEM! He highlights the importance of diversity in Space.

Diversity in Space!
For us to go further in space exploration we must we must have diversity. Diversity isn’t just limited to sex, ethnicity, and religion. One of the most important aspects in diversity is the diversity of new thought and creativity. Space rockets today are still being made the same way that they were first made many years ago. To improve and promote new ideas and innovation within the space realm we must have a diverse pool of people that come various backgrounds. These backgrounds may include educational background, interests, ethnic affiliation, beliefs, and more. Unlike on planet Earth in space there is no divisions and conflicts between countries or people due to various reasons and space gives us that opportunity to develop a new beginning of a diverse society can be that can lead the way of space exploration and innovation.  Scott Page, a professor of complex systems at the University of Michigan says “Collective knowledge productivity depends on people knowing different things and seeing things different ways. You don’t solve complex problems without diverse inputs.” Diversity is beneficial to mankind and if we all thought the same, looked the same, believed in the same things what good is that? We would not create anything new or innovative. So, we must bring diversity in every aspect of space exploration to make sci – fi dreams a reality! As NASA Astronaut Neil Armstrong once said when he took his first steps on the moon “That's one small step for man, one giant leap for mankind.” For us to continue making giant leaps for humankind in the space exploration is to promote diversity!

I must say I am inspired to continue the pursuit of diversity in STEM and continue this blog thanks to interns like Jonathan. You will find that diversity creates a lot of connections in new ways, thinking outside the box to enable innovation and accomplishment in Space and on Earth. For example, the connection between rockets and race cars is not as far as you might think! Check out this cool talk from Jesse Iwuji, speaking to NASA on supporting diversity in NASCAR with NASA technology https://nari.arc.nasa.gov/nascar

I think you will see that diversity in space is what leads us to the wide range of bloggers and topics featured in this version of the Space Carnival. Enjoy the ride!

Our first stop is Next Big Future
Step right up and learn about the Transiting Exoplanet Survey Satellite (TESS)
http://www.nextbigfuture.com/2016/11/exoplanet-space-telescope-will-launch.html
The Transiting Exoplanet Survey Satellite (TESS) is a planned space telescope for NASA's Explorers program, designed to search for exoplanets using the transit method. It is planned for launch in December 2017. The primary mission objective for TESS is to survey the brightest stars near the Earth for transiting exoplanets over a two-year period. The TESS project will use an array of wide-field cameras to perform an all-sky survey. With TESS, it will be possible to study the mass, size, density and orbit of a large cohort of small planets, including a sample of rocky worlds in the habitable zones of their host stars. TESS will provide prime targets for further characterization by the James Webb Space Telescope, as well as other large ground-based and space-based telescopes of the future.

What to look at with this new telescope? How about the SpaceX satellite constellation! http://www.nextbigfuture.com/2016/11/spacex-satellite-net-could-start.html
SpaceX satellite constellation is a development project underway by SpaceX to develop a low-cost, high-performance satellite bus and requisite customer ground transceivers to be used to implement a new space-based internet communication system. SpaceX has plans to also sell satellites that use the same satellite bus, satellites that might be used for scientific or exploratory purposes. Development began in 2015, initial prototype test-flight satellites are expected to be flown in 2017, and initial operation of the constellation could begin as early as 2020.

Robots are all around us as you will see, DARPA is not working on safe spaces but safe operation of robotics in space http://www.nextbigfuture.com/2016/11/darpa-not-working-on-safe-spaces-but.html

Next in the Carnival ladies and gentlemen, step right up to discover Planetaria's blog that follows the Cassini spacecraft as it prepares for incredible ‘Ring-Grazing Orbits’ at Saturn
http://planetaria.ca/2016/11/28/cassini-spacecraft-prepares-incredible-ring-grazing-orbits-saturn/

Complete your space carnival with the exciting Universe Today! Where you will discover the joy of leptons. What are leptons? Find out at http://www.universetoday.com/46935/leptons/

Leptons not your thing? How about an artificial meteor shower? I know I would love to have one in my backyard. http://www.universetoday.com/132120/japanese-company-plans-artificial-meteor-shower/

Perhaps you cannot see because you went to outer space and now your vision is blurry, as a vision scientist, I am glad to see the mystery of this ailment has been solved! Check it out at
http://www.universetoday.com/132167/culprit-found-blurry-astronaut-vision-mystery/

Last in our stop is the incredible sinking tower, hurry! Before it sinks away from view
http://www.universetoday.com/132138/sentinel-1-satellites-confirm-san-franciscos-millenium-tower-sinking/

I hope you've enjoyed this week's Space Carnival and the diversity of bloggers, news, and perspectives. There is a great big universe out there, and everyone can create their unique Space in it!
:)